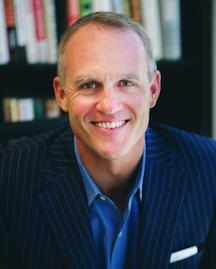 As we move toward "the light at the end of the tunnel" called COVID-19, reflecting on what we've already learned and what we still don't have the answers to feels appropriate. Disasters are always teaching events. Some lessons come fast, some slowly, and other lessons appear after a significant passage of time (i.e., in hindsight).

Furthermore, if we are lucky, disasters also accelerate the way we live (AKA our insights) and innovation (i.e., the creation of something new that helps make life better), and these insights and innovations help us evolve as people, groups, tribes, communities, companies, and countries. I think we are coming out of a transformative event that will absolutely change the way we live and work. I believe it will, over the long run, accelerate the percentage of the world that is doing Work (i.e., work they genuinely love doing).

Whenever I try to understand change, I study it through three lenses: Insights, Tools, and Disciplines (ITDs). In my opinion, over the long run, transformative events almost always enhance the ITDs we leverage to improve life.

In terms of how we evolve as a species, I believe there are moments in history where either a disaster or, more often than not, a particular innovation causes a massive and swift change. I think these transformative "events" can primarily be attributed to either a new material insight (how we look at and or understand things) or a new tool (how we do things). Either way, they always include a new discipline; otherwise, we wouldn't take advantage of the tool and/or insight, and, as such, there is, by definition, no transformative event.

If we look at history, tool-based transformations (TBTs) tend to occur relatively swiftly. Examples of TBTs include the printing press (1430's), the steam engine (1712), the cotton gin (1793), the assembly line (1913), the transistor (mid-twentieth century), and the internet (1983). I think these are most transformative in terms of how we leverage a new tool to improve life. I suspect there are many reasons why TBTs tend to move so much more quickly because the cost/benefit of their impact is objectively measurable, and, consequently, resources and money flow swiftly toward them.

On the other hand, insight-based transformations (IBTs) tend to move much more slowly for a host of reasons, not the least of which are cultural and/or political (typically attributable to vested and conflicting interests).

Two of the most notable transformative insights are Democracy and Human Rights. These two highly aligned ideas started to come back to Athens in the Fifth Century BCE. They were subsequently all but extinguished for well over a thousand years until the signing of the Magna Carta in 1215. It then took us hundreds of years before the ideas were further advanced by the English (1642-1651), American (1765-1783), and French (1789-1799) revolutions. The good news is that things have now started to speed up with the Women's Suffrage movements (1840-1920), the Declaration of Human Rights (1948), the Civil Rights movements of the 1960s, and the Sexual Rights movements still underway today.

That said, the world doesn't evolve as one for a host of reasons, not the least of which is the broad recognition of and respect for the Rights of others (i.e., we cannot demand that people respect our Rights if we don't respect theirs). Consequently, here we are, thousands of years after the core idea of democracy was introduced, and we humans have still yet to take full advantage of these two core insights that, IMO, make life better for all.

Right or wrong, I'm an optimist. Furthermore, I deeply believe that we evolve for the better over the long run. I could write a whole book on this, and hopefully, one day, I will, but for now, I submit that life is much better for the average person today than it has ever been. And I deeply believe that collectively, once again, we humans and our communities will continue to evolve over the longer run, becoming better and better versions of the best versions of ourselves.

Get the latest thoughts on companies, culture, and work—straight to your inbox.

Get the most out of your team with

More Posts on How to Work From Anywhere