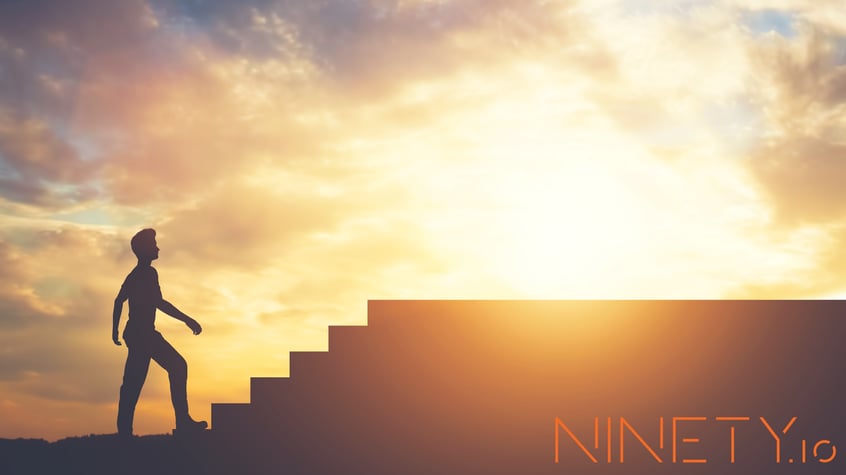 You may recognize Steven as the author of the story behind The Legend of Bagger Vance, a movie directed by Robert Redford and starring Will Smith, Matt Damon and Charlize Theron.

What you may not know is this “mystical golf story” is Steven’s first published novel. He got the idea for it while making money as a caddy at a golf club. It was published 27 years after he started his writing career. He was 55 years old at the time.

Before that, he traveled the country working odd jobs along the way like teaching school, offshore oil rigging, driving tractor trailers, picking fruit as a migrant worker, an advertising man in New York and a screenwriter in Hollywood. He also wrote three novels that went unpublished along the way.

Today, Steven Pressfield has authored and published 20 books encompassing historical fiction, non-fiction and screenplays. Some of his book titles include The Authentic Swing, a book about how to finally succeed at writing your first novel, The Gates of Fire, Killing Rommel, The Lion’s Gate, and his latest, A Man At Arms.

Why did Steven’s world change? How did he become “an overnight sensation” who is 30-plus years in the making?

That’s where fighting Creative Resistance comes in. Whether you’re a writer or an entrepreneur, he says he can help you overcome Resistance, too.

The War of Art

Steven says of his book, The War of Art: Break Through the Blocks and Win Your Inner Creative Battles, “It identifies the enemy — what I call Resistance with a capital ‘R.’”

Resistance is the invisible force that wants to keep us from finding and living as our most creative selves. It involves the fear, self-doubt, procrastination, perfectionism, and self-sabotage that stop us from doing our work and realizing our dreams.

“You’ll hear a voice in your head that says you’re a loser, who do you think you are to start your own business?”, he shares. “For an entrepreneur, the first order of business is finding some way to overcome that.”

Steven says you will never achieve your dreams until you learn to recognize, confront and overcome the voice of your own Resistance in your head. He gives advice on how to do exactly that.

Pressfield talks in great depth about the principles and characteristics of the artist's inner battle. For instance, he tells us that one of the axioms of screenwriting is knowing the ending and starting from there.

Once you figure out the ending, you can start to build “the scenes” of your enterprise and progress through how it will play out. Having a clear vision as foundational to your approach is not only important for companies as they move forward, but for individuals as well.

That’s Beating resistance with a capital “B.”

Tractionville is a podcast for companies running on EOS®. Hosts Chris White and Benj Miller interview entrepreneurs and implementers who help listeners get excited for “that next taste of greatness.” New episodes are posted every two weeks. Episode 79, “Fighting Creative Resistance,” is sponsored by Ninety.io.

We know you have many choices of products to help you build your company. At Ninety.io, our passion is to help you, your teams and your company become extraordinarily productive, humane and resilient.

Sign up for a free trial with access to all the functions, features and support. We guarantee you’ll love it.

A place for members and prospective members of the Ninety community to connect, share, teach, learn, help and do business together.